Victims include over one hundred laborers smuggled from Mexico and Central America into “brutal” and “inhumane” working conditions. Under the threat of gun violence, some were allegedly forced to dig for onions with their bare hands, earning only 20 cents for each bucket harvested. At least two people died on the job. Another was allegedly repeatedly raped.

When not out in the fields, workers were detained in work camps surrounded by electric fencing, or held in cramped living quarters, including dirty trailers with raw sewage leaks. There was little to no access to food or safe drinking water.

Twenty-four accused members and associates of the criminal enterprise that perpetuated the exploitation now face a slew of felony charges, according to a press release from the U.S. Attorney’s Office for the Southern District of Georgia. The multi-agency cooperation that yielded the indictment – dubbed “Operation Blooming Onion” – may be one of the largest-ever human trafficking and visa fraud investigations in the country, VICE News reported.

Only two of the defendants are described as South Georgia business owners in the indictment; most were labor contractors or recruiters. Their alleged criminal mistreatment of workers took many forms.

According to the indictment, laborers were charged unlawful fees for transportation, food and housing. And though they were putatively hired for agricultural work, some migrants were illegally used for lawn care, construction, and repair tasks. To prevent escapes, members of the accused crime ring unlawfully confiscated workers’ passports and documents. Conspirators also sold and traded workers amongst themselves, per the indictment.

“The American dream is a powerful attraction for destitute and desperate people across the globe, and where there is need, there is greed from those who will attempt to exploit these willing workers for their own obscene profits,” David Estes, acting U.S. attorney for the Southern District of Georgia, said in a statement.

“Thanks to outstanding work from our law enforcement partners, Operation Blooming Onion frees more than 100 individuals from the shackles of modern-day slavery and will hold accountable those who put them in chains.”

The crimes chronicled in the indictment were alleged to have occurred in the South Georgia counties of Atkinson, Bacon, Coffee, Tattnall, Toombs and Ware, where local farmers paid the defendants to provide contract laborers.

Solimar Mercado-Spencer is a senior staff attorney at the Farmworker Rights Division of the Georgia Legal Services Program, a nonprofit law firm that represents low-income farm workers in Georgia with issues related to their wages or working conditions. Among the division’s current set of clients are victims of the criminal enterprise uncovered by Operation Blooming Onion.

Mercado-Spencer said the revelations inside the federal indictment were no surprise.

“This has been happening for a long time in Georgia. … And these people that were arrested are not the only ones doing these things,” she said. “I hope (law enforcement) keeps busting these operations because that’s not the only one going on in Georgia.”

Because it’s happening in rural areas, nobody sees the victims, Mercado-Spencer said.

“All you see is, you know, your onions at Kroger. You can go buy them. You don’t know where they came from. But this is happening and nobody notices it. And these are essential workers that have been keeping us fed through the pandemic.”

Per the indictment, the exploited foreign workers were admitted to the U.S. through fraudulent use of the H-2A guest-worker visa program, which has been booming in Georgia as farmers struggle to find domestic sources of labor. According to the federal Office of Foreign Labor Certification, Georgia had 27,614 H-2A positions certified in fiscal year 2020, up from roughly 5,500 in fiscal year 2010. Georgia is second only to Florida for most H-2A workers in the nation.

Under the H-2A program, worker’s legal status in the U.S. is contingent on remaining under the employment of the party that sponsored their visa. Mercado-Spencer said that structure can put workers at disadvantage, with limited worker protections included in the program being overlooked.

“It’s not like they can just leave and go work for another employer because the visa is tied to that one employer. So that is the problem with the H-2A visa program, is that it gives too much control to the employer over the worker. And once the workers are here, they are kind of stuck.”

Sometimes, Mercado-Spencer added, employers “want to cut corners and make as much profit as possible … and that’s how they do it, by exploiting these workers.”

Among the federal agencies involved in uncovering the South Georgia trafficking ring was Homeland Security Investigations (HSI), which is part of U.S. Immigration and Customs Enforcement (ICE). In a statement released Monday, ICE said that Operation Blooming Onion is the first investigation brought to a close under the agency’s new “labor exploitation model.”

In October, Homeland Security Secretary Alejandro Mayorkas announced a shift in priorities for immigration enforcement. Instead of targeting unauthorized workers through mass raids on workplaces – as was the norm in past administrations – authorities are now taking aim at “exploitative employers” and business that violate labor laws.

“We will not tolerate unscrupulous employers who exploit unauthorized workers, conduct illegal activities, or impose unsafe working conditions,” Mayorkas said in a memo.

Mercado-Spencer said she welcomes the change in policy established by Mayorkas’ directives, with reservations.

“It’s not something permanent. It is not established law. With a different president, things could shift again in the opposite direction. What immigrants need is legislation to protect them.”

We Are Witnessing Incompetence 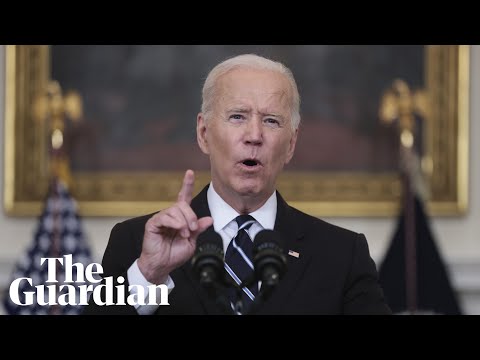