Bank of America warns: US economy could lose 175,000 jobs

A month next year due to Fed’s inflation policies

The Bank of America (BofA) has warned that the U.S. could lose close to two hundred thousand jobs a month next year due to the Federal Reserve’s policies on battling inflation.

President Joe Biden’s regime still added 263,000 jobs despite American employers slowing down and freezing hiring processes in September. According to the Bureau of Labor Statistics (BLS) data, the figure is down from an upwardly revised 537,000 in August and more than the 250,000 new jobs that economists had anticipated.

The expansion of job opportunities would prompt the Fed to continue with its aggressive policies in reducing demand and this would eventually add up to record-high inflation. (Related: Bank of America warns: Inflation genie is out of the bottle.)

BofA said in its note to clients that the pace of job growth is expected to be roughly cut in half during the fourth quarter of 2022. With the pressure from the central bank’s aggressive interest rate hikes starting to build, non-farm payrolls will also begin shrinking early next year. “The economy could start losing 175,000 jobs a month throughout much of 2023,” the bank said.

Moreover, the North Carolina-based financial services company believes a recession is inevitable and could commence in the first half of next year with the unemployment rate climbing to 5.5 percent, one percent higher than what the Fed expects.

“We are looking for a recession to begin in the first half of next year,” Michael Gapen, head of U.S. economics at BofA, said. “The premise is a harder landing rather than a softer one.”

ed Chair Jerome Powell has earlier announced that they are aiming at hitting a “soft landing” while trying to reach the inflation target of two percent. But Powell admitted recently how “very challenging” it is turning out to be. A soft landing is the goal of a central bank when it seeks to raise interest rates just enough to stop an economy from overheating and experiencing high inflation, without causing a severe downturn.

At a press conference in September, Powell noted bringing inflation down to the central bank’s target would likely require a “sustained period of below-trend growth” and that there would “very likely be some softening of labor market conditions.”

“I think most likely we won’t have a soft landing, I agree with the Fed chairman on that,” former Treasury Secretary Robert Rubin said on October 13 in New York. Rubin lamented the lack of one strong social safety net, but he is still supportive of the Fed’s policies and plan of action.

Other economists are not convinced. According to Joe Brusuelas, chief economist at U.S.-based consulting firm RSM, it would take 5.3 million lost jobs and an unemployment rate of 6.7 percent for the Fed to reach its two percent inflation rate.

“Can the Fed achieve a pure soft landing? Probably not,” he said, referring to a scenario in which monetary tightening slows the economy and inflation without triggering a recession. “It is difficult to envision a benign outcome.”

Visit Collapse.News for more news related to the collapsing U.S. economy due to record-high inflation.

After rushed FDA “full approval” of the covid vax

Edward Snowden Says 'We Are All Going To Be Billionaires 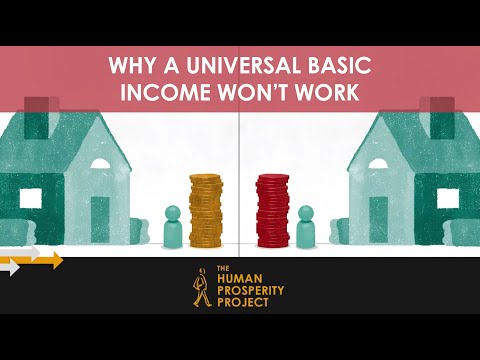 Universal Basic Income is nothing more than a scam