the people by their own corrupt, treasonous leaders!

(Natural News) In case you have not noticed, the United States is no longer a free country. In fact, it is fast becoming a highly oppressive police state that demands total compliance to the government’s medical edicts in order to work, eat and live.

There is no more right to choose when it comes to living with natural immunity, and the powers that be have hitched this new normal onto the back of the economy. If people refuse to comply with jab mandates, then the government will shut down the supply chains and make life as miserable as possible for the country.

The natural result of all this is increased social unrest, which is already being seen in Portland. Hundreds of people converged on downtown recently to smash storefront windows, light dumpsters on fire, and wreak as much havoc as they could get away with.

Reports indicate that more than $500,000 in damage was accrued, and no attempts were made by police to stop any of it. Part of this is due to police officers quitting due to the jab mandates, and the other part is due to legislation passed last year in Oregon that restricts law enforcement’s ability to stop crime.

It is almost as if the powers that be have been laying the groundwork for mass social unrest and an engineered collapse of the economy and society. It started with lockdowns, which decimated small businesses. Then George Floyd happened and even more damage was done to the business sector.

A year and a half later, it has become vaccine mandates and mass employee walkouts. There are also the floating shipping container barges out in the ocean that Joe Biden refuses to let come to port.

Even if you have to swim upstream alone, keeping saying no to medical fascism

If ever in our lifetimes we have been able to witness chaos theory in action, it is now. We really seem to be witnessing the early stages of a second civil war brewing, which has been predicated upon the idea that some phantom “virus” is responsible for everything that has taken place up to this point.

In truth, the Chinese Virus was just another false flag event planned and staged by the “elite.” We now know that the so-called virus has never even been isolated, suggesting that something else is making people sick.

Meanwhile, the system is taking out society’s essential workers, meaning police officers, firefighters, medical workers, and others who at least in some capacity still serve the public good.

Perhaps this is the “perfect storm” that Donald Trump infamously referred to while speaking cryptically to the media alongside military brass. Trump did, after all, play a critical role in all of this by launching “Operation Warp Speed” and delivering the injections at record speed, which he is still bragging about while touring the media circuit.

“The supply chain is the blackmail for the jab,” wrote one Brighteon commenter.

“There ARE NO MANDATES,” suggested another. “That’s a gaslighting narrative parroted so the sheeple get sucked in and go get the genocide jab.”

More of the latest news about the impending social and economic collapse can be found at Collapse.news.

The mass culling of the HUMAN HERD is now under way… 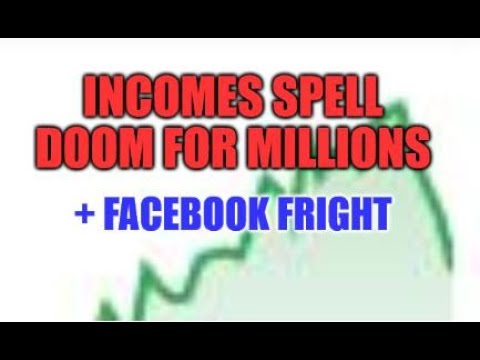 This Is Such A Dangerous Time In Our History